Just like career victim Alexandra Mayers/Monica Foster who plays innocent after she stalks, harasses, libels and slanders people, there is a cross section of aging grandma whores on Twitter that defend whores, get called on it and then use their block button to bail themselves out when they get in over their head. This article will profile these vile creatures, each one more disgusting and nasty than the next. First up, an oldie but goodie, Nina Hartley, who seemingly has been around forever but she continues being a whore for a living and even at her ripe old age of 57, she is still available for (Very expensive) privates. She has a colorful career but my favorite moment in her career was when William H. Macy‘s character in Boogie Nights shot her to death while she was in bed fucking. 😀 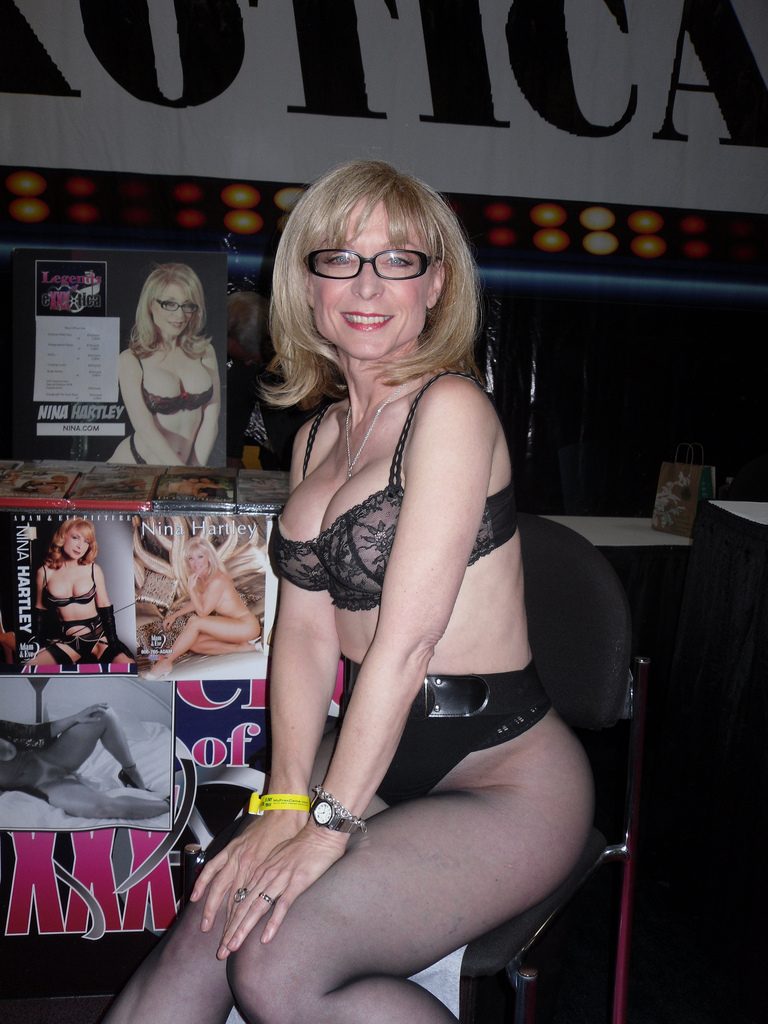 Gentlemen, what would you pay for an hour with this thing? This blogger would offer her a firm $0.00 and that’s my final offer.

Next up, a horribly vile creature inside and out who is mentally and physically sick and she goes by @pinkness real name Christa Anne on Twitter. She sports over 5,000 followers on her verified account but we have never heard of her. Her profile states:

This self hating white whore was an early adopter of Twitter, having been a member since 2007.

Luckily she  has been diagnosed with heart disorder and hopefully will drop dead any day, but for now she is on Twitter claiming that women like Jessica Drake “Cannot be purchased.” Seems that someone purchased Ms. Drake for a few hours so that she could fuck tranny fucker Kurt Lockwood and there have been countless other payments to her for sex over her long career in the business. Remember, Ms. Drake was born in 1974 and is no spring chicken. Some highlights from the timeline of @pinkness:

@pinkness It’s been a great day but I’m a little manic. (part of my MI diagnosis) gonna walk the littlest next door for some outside time

Crista Anne ‏@pinkness First off: That woman has a name, it is Jessica Drake, and yes that is completely unacceptable. Women are not cattle. You cannot purchase us